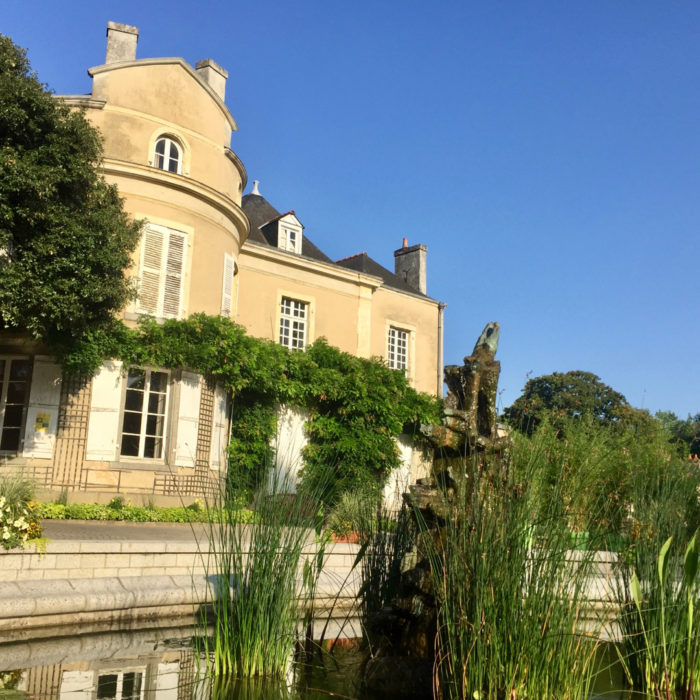 The city of Laval was born with the An Mil, a castrum built on a rocky spur overlooking the Mayenne. The dungeon that can be visited today dates back to 1220. A large Renaissance gallery was added in 1542.

During the Revolution, the gallery became the Palace of Justice and the castle of the Counts of Laval became a prison.
Today the castle houses the museum of naive art which pays homage to the customs officer Rousseau, a native of Laval.

Alfred Jarry and his Ubu Roi, Ambroise Paré and modern surgery, Alain Gerbault and his sailboat, are also from Laval.

Around the Château, the half-timbered houses, the Beucheresse gate, the walk at the foot of the ramparts to the old 13th century bridge, perpetuate the memory of medieval Laval.

On the banks of the Mayenne river, from the viaduct to the Avesnières bridge, Laval crosses eras, an obligatory crossroads between Le Mans and Rennes. Linen weavers and merchants prospered there in the 18th century. The 19th century was the time of major works (the town hall, the theatre, the science museum, the Perrine garden).

During the Second World War, the town was bombed in June and July 1944. The district of the station is destroyed. General Patton and the Third American Army entered Laval on the morning of August 6, 1944.
The Americans set up their headquarters at the Château du Bois Gamast in Laval. It was there that General Leclerc attended a meeting on 22 August 1944 to plan the liberation of Paris.
General de Gaulle was also in Laval on 22 August.

In the post-war period, the textile industry was abandoned in favour of the food industry. Laval is the cradle of the Lactalis group, which still has its head office there and has opened an original museum: the Lactopôle.

Since the end of the 1990s, Laval has been moving towards digital technology and virtual reality. Today, the city is experiencing notable success in this sector (international meetings, development of companies and university and „grandes écoles“ training).